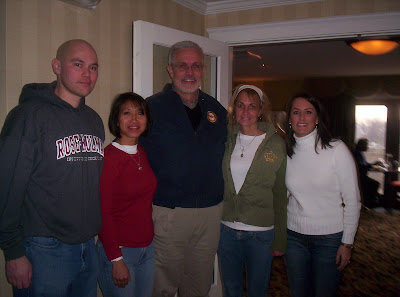 Secretary of Defense Robert Gates warmly welcomed the Veterans Airlift Command and other members of the Dept of Defense “America Supports You” network to the Pentagon last week with an update on our progress on the War on Terror. While good news about the effects of the troop surge in Iraq was the general tone, caution about assuming a “quick fix” is in place was the underlying message. 3200 Additional Marines are being ordered up for the “fighting season” in Afghanistan which begins again when the snow recedes.

His primary purpose in addressing the group (over 200 in attendance) of non-profit organiztions was to express the gratitude of the soldiers, sailors, airmen and marines who are the recipients of the support system represented at this gathering. (American Supports You 2008 Summit).

The day was filled with opportunities to network with other organizations who are engaged in serving our military families. The Veterans Airlift Command was among a small number chosen for a Public Service Announcement (PSA) Television commercial which was developed for the Armed Forces Television Network and, as I understand it, will be shown during the Super Bowl to all our overseas military. It will also be aired periodically on the Pentagon Channel Stateside.

My visit to DC included a round at Walter Reed Army Medical Center (WRAMC) and dinner out at “Van’s Steakhouse” with 25 or 30 wounded warriors and families who were bussed to the restaurant as guests of the Aleethia Foundation and its supporters. What an awesome group of kids. Their attitudes are amazing, considering what some are having to endure.

On Saturday morning I was honored to have breakfast with a couple of 10th Mountain Division wives who were flown to DC for a funeral service at Arlington National Cemetery for one of their fallen. A VAC volunteer flew to Macon and Savannah GA to pick up the company commander and battalion commander’s wives in order that they could represent the deployed soldiers to the family….an extremely important gesture. I am absolutely amazed at the quality of the soldiers and families who serve this great nation. We are truly blessed. I would loved to have met the volunteer pilot who flew this mission (both ways) but had to catch my own commercial flight back to MN prior to their departure for home on Saturday.

Our volunteers are the BEST!
Posted by Veterans Airlift 1 comment: