Once in a Lifetime VAC Mission 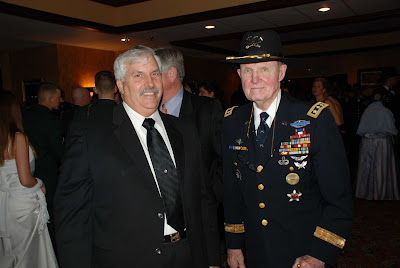 We pilots, who have flown VAC missions, have felt our heart strings tugged upon by the soldiers and families we have encountered. Stoic hearts, bravery and courtesy have been the hallmark of all of those I have transported.

I recently had a once in a lifetime honor of transporting a man whom exemplifies Duty, Honor, Country over a long service life. Lt. General (Ret) Hal Moore. You may know him as the man represented by Mel Gibson in the movie “We were Soldiers” he authored the book “We were Soldiers once and young” . The book chronicles the battle of the La Drang Valley which was also known as the Valley of Death. In reality Lt. General Moore, then a Lt. Col, took 395 soldiers of the US 7th Cavalry up against 4000 well armed, well trained North Vietnamese regulars…and won!

This VAC mission was requested through Walt Fricke by the Commander of the 7th Cavalry in Ft. Stewart Georgia. Well into his late 80’s General Moore simply deserved better than commercial air carriers could offer. He was to be the Guest of Honor at the 2009 Cavalry Ball.

I picked up General Moore near his home and was amazed that this diminutive man had crystal blue eyes that literally sparkled in the morning sun under his black Stetson hat adorned with gold aiguillette and three silver stars. Even after all the years since my own service, it made me almost snap to attention

The General was sprightly and moments after takeoff we chased my co-pilot into the back of the plane and the general took control in the right seat of my 421. He admitted many years had passed since his flying days. Believe it or not he became a rotary wing pilot after he became a general. Now too short to see over the glare shield he flew by instruments. He flew the plane all the way to the approach in Ft. Stewart. Fortunately he allowed me to do the landing. I must say he flew the plane like he was born to it.
Once on the ground Jill Eichner, my copilot, and I were given the run of Ft. Stewart. We had been invited to attend the Cavalry ball that evening and were virtually the only civilians there.

We visited the 3rd Division Museum and saw the wall of hero’s, all of whom had been awarded the Congressional Medal of Honor. That was humbling. From there we went outside on a beautiful day and walked the Warriors walk. It is a brick lined sidewalk and every 20 ft is a tree, rimmed by brick, encasing a small memorial to a members of the 3rd Division who fell during the Iran, Afghanistan conflicts. This walk surrounds the parade ground and one is most struck by its simple beauty and that it is much too long and growing.

The general spoke to an officer leadership group in the afternoon and the young officers, many the age of the generals grandchildren, were mesmerized during the talk and effusive in their applause and praise.

In the evening we attended the ball. It was a most memorable experience. The full mess dress of the officers and enlisted men of the 3rd Division and 7th Cav is stunning. It isn’t often you see 400 men in black Stetsons, blue waistcoats with gold lapels and full dress medals. Additionally, those hardened by battle, wear spurs even in their best military attire.

The soldiers we met reinforce this old airman’s belief in the youth of this country. Words cannot describe the feeling in the room. One of the most poignant events is the series of toasts. They go something like this…

The toast is delivered by a single officer the response by the 400 in attendance.

Toast: Ladies and Gentlemen I propose a toast to the United States Army
Response: The Army

Toast: Ladies and Gentlemen I propose a toast to the 3rd Division
Response: Rock of the Marne

Toast: Ladies and Gentlemen I propose a toast to the 7th Cavalry Regiment
Response: GarryOwen

Toast: Ladies and Gentlemen I propose a toast to our Fallen Comrades
Response: (Raised glasses but not a sound in the room)

The meal was excellent, the generals speech endearing and the contact with the soldiers stirring.

On the trip home that evening, after a 14 hour day, the Old General slept. The sounds of battles fought, the thoughts of friends and soldiers lost, momentarily replaced by the adulation of the next generation of our finest and the drone of a couple of old piston engines in his ears.

We have long been and remain in the best of hands with our military. We can never repay the debt we owe our warriors who give everything. I extend my deepest gratitude to all of you who fly for the VAC for what you do to try.