SSgt Jessie Slotte was severely wounded when he was ambushed in 2007 while on dismounted patrol in Iraq. Chasing an insurgent he was ambushed when a 155mm artillery shell improvised into an explosive device was detonated under him. The grenades he was carrying detonated as well. Although not expected he has made amazing progress toward substantial recovery.
It was my honor and privilege to transport this wounded soldier from Fort Lewis to receive a special award and to reunite with his fellow warriors and the staff at the Brooke Army Medical Center in San Antonio. It truly was a great experience that I will always remember. 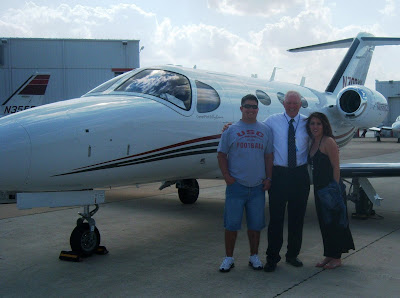 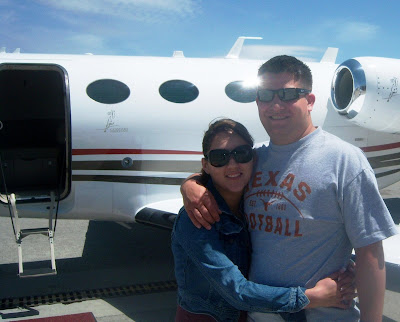 He we are “friends already” upon arrival in San Antonio 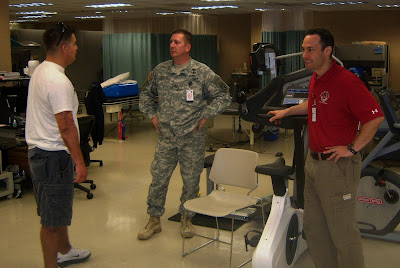 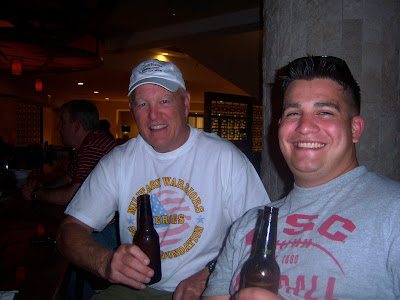 I was welcomed into his group of friends. My hero finally had some fun in his life.
In just three days I have become lifelong friends with a great American hero and his wonderful and courageous wife Maria. I met and interacted with 16 of his fellow wounded warriors as well, and meeting those young soldiers has given me a new hope for the future for our Country.